Who is biblical Cain?

Gen 4:1 And Adam knew Eve his wife; and she conceived, and bare Cain, and said, I have gotten a man from the Master.

As we study through the sea of lies one can see the left hand has tricked everyone and mimicked YHWH (Yahu) from the beginning. But once we find out who someone is, it leads us to yet another subject that has been hidden. As we journey across this landscape of hidden mysteries, the lies of the left hand become very real.

Cain murdered his brother Able right? So he is a murderer.

Do you fear symbols and names?

But symbols have no inherent power nor does names do they?

They have power only when people believe in them. In which case it’s the belief that is the power.

Just as important, symbols have no inherent meaning. They only have the meaning given to them by someone or a group.

So, for example, the famous eye and pyramid mean zero. Zilch. They only have meaning because Masons and other groups have assigned it.

The Eye of Horus is an ancient Egyptian symbol of protection, royal power and good health. The eye is personified in the goddess Wadjet (also written as Wedjat, or “Udjat”, Uadjet, Wedjoyet, Edjo or Uto). It is also known as ”The Eye of Ra”.

oooh it must be bad it means the Eye of Ra. Oh me everybody run hide your kids its the eye of Ra the evil… 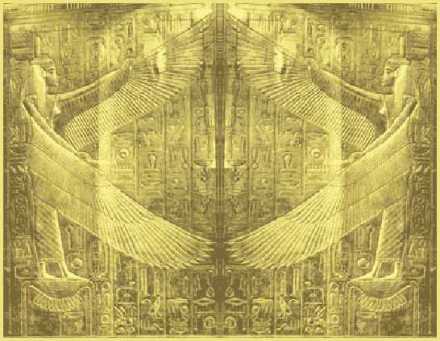 Sycamore is a common name that is applied used at various times and places to three very different taxa of trees, Ficus sycomorus,Acer pseudoplatanus, and all members of the genus Platanus. These trees are located in three different orders of flowering plants.

Ficus sycomorus is the sycamore (or sycomore) of the Bible. It is a species of fig native to the Middle East and eastern Africa. It is also known as the sycamore fig or fig-mulberry.

Acer pseudoplatanus is known as sycamore in Britain and Ireland. It is a species of European maple that is called “sycamore maple” in North America, or “plane” in Scotland.

Platanus is a genus of trees of North America known as sycamores. They are known as planes in Europe. There are several species, including the American sycamore and the California sycamore. The term sycamore particularly is used for 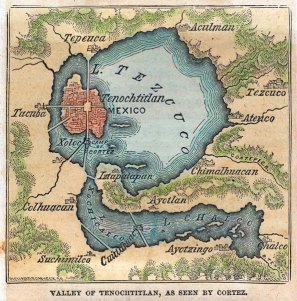 Tenochtitlán was an Aztec city that flourished between A.D. 1325 and 1521. Built on an island on Lake Texcoco, it had a system of canals and causeways that supplied the hundreds of thousands of people who lived there.

It was largely destroyed by the Spanish conquistador Hernán Cortés after a siege in 1521, and modern-day Mexico City now lies over much of its remains. In a 1520 letter written to King Charles I of Spain, Cortés described the city that he would soon attack:

“The city is as big as Seville or Cordoba. The main streets are very wide and very straight; some of these are on the land, but the rest and all the smaller ones are half on land, half canals where they paddle their canoes.” (From “An Age of Voyages: 1350-1600,” by Mary Wiesner-Hanks, Oxford University Press, 2005)

The people of Tenochtitlán were divided…

Wow! What a crazy ride this is? When one looks hard enough he/she can uncover amazing truths.

We are going to switch gears here for a moment and touch a subject not biblical but more of a change of history and a lets say “body double” or “tomb double”.

As we search out the “truth” one will come to a cross road. Which way do i go? Both roads look the same. How do I know which one is the real one? Well, for me its just the opposite of what history says.

In Greek mythology, Agamemnon (/æɡəˈmɛmnɒn/; Greek: Ἀγαμέμνων from *Ἀγαμέδμων (from ἄγαν, “very much” and μέδομαι, “think on”),[1] “very steadfast”) was the son of king Atreus and queen Aerope of Mycenae, the brother of Menelaus, the husband of…

Ma’at is the Ancient Egyptian Goddess of truth, balance and order. She is most often depicted as a woman with wings or a single white ostrich feather. When the deceased go to the afterlife, the Egyptians believed that their hearts would be weighed against this feather.

If the individual lived a good life, following the rules of ma’at, their heart would be lighter than a feather and they would get to go to the afterlife. However, if that individual did not follow the rules of ma’at, they would have a heavy heart – weighed down by the guilt of their transgressions. As a result, their heart would be devoured by Ammut and the soul would be destroyed.

The laws of Ma’at are called the 42 Negative confessions and they were revealed in the Egyptian Book of the Dead, or the Papyrus of Ani –…

In the lead-up to the 2012 election, Christians of many stripes scrambled to distance themselves, their religion, or their God from offensive Republican comments about rape.  The comments swelled to fill a four column  “Rape Advisory Chart.” Some of the most damning were explicitly driven by religious belief. Consider Indiana candidate Richard Mourdock, who said, “I think even when life begins in that horrible situation of rape, that it is something that God intended to happen.” Mourdock echoed Rick Santorum: “the right approach is to accept this horribly created — in the sense of rape — but nevertheless a gift in a very broken way, the gift of human life, and accept what God has given to you.”  Then there were thinly veiled attempts by Christian conservatives to rationalize their religiously-driven opposition to abortion.   In this category we have Todd Akin’s statement that a woman’s body can…

A few months back while having a Whatsapp conversation with a Ugandan friend on the language she thought I spoke at home. That conversation led to me deciding to run a blog series on African Cultur…

A few months back while having a Whatsapp conversation with a Ugandan friend on the language she thought I spoke at home. That conversation led to me deciding to run a blog series on African Cultures told by young Africans. So I talked to a few people and they loved the idea and so I am hoping that the series will grow bigger as we cover more and more cultures.

Only one person in the world still speaks Yagan, isn’t that amazing and sad all at once. If I was the last Namwanga alive I don’t know if I would be the right guardian of the language.  So I don’t know what to say about my tribe, I don’t know if this will be a just representation but I hope it gives a glimpse. I am writing this because Namwanga…